I follow some of the free lessons and materials produced by Simon Candy for acoustic guitar playing and he’s just recorded a conversation with Dylan Andrews about the importance of, and ideas for ear training.

This is something I’m specifically working on currently, and it reinforces everything the IFR method encourages. The 5 recommendations are:

All just reinforces the IFR material yet again.

Thanks @mem I’ll to try to find some time to watch that.

to try to find some time to watch that

I just found enough for the first half hour. Really useful. Totally IFR compatible so far, but with subtly different ideas & ways of describing it.
I love differentiation between ‘functional singing’ & ‘aesthetic singing’. The ideas for ‘roll your own’ sing the numbers & feel the numbers were good too. Very close to what Mireia has suggested here, but described differently and with the odd new twist, e.g. a feel the numbers equivalent with three parts, i.e. the usual play the notes, then a gap for a response,but his version then adds in the correct answer. Another one was make up (i.e. write down) a series of maybe 10 short melodies (initially just 2-3 notes each[1]), play the 1, sing the melody, then play the melody to check.

I look forward to getting back to the video later.

[1] It occurs to me that a melody path diagram might be a handy aid when making up such melodies - to keep them sensibly ‘musical’ rather than totally random?

That said, I don’t buy into the “only those with classically perfect voices should ‘sing’ for others” idea. That would rule out a whole load of popular & successful singers (Tom Waits for one). There is room & scope many types of voice. So while I like the availability of the terms, I think the “I can sing, but I don’t have a singing voice” was perhaps laid on a bit thick by the two guys in the video?

I agree the terms are useful, specially when people insist or have been told that they cannot sing.

the usual play the notes, then a gap for a response,but his version then adds in the correct answer.

I tried something similar (I think suggested here somewhere) where I played the STN track writing down each short sequence, then played it back but singing the numbers from my script before Mireia, and hence checking I got it right. This kind of incorporates the “write short melodies” idea.

Yes, when working with chord progressions these diagrams are a useful aid.

There is room & scope many types of voice.

Very true, and quite a personal/subjective opinion.

I also found it an interesting idea to try to articulate/put into words how a pitch change/interval or chord movement makes you feel. Having a list of words/emotions at the ready, and trying to describe/choose which best describes what it is you feel. This might make the sounds and movements more memorable, something I struggle with.

@mem I watched the rest now. All good.

Afterwards I visited Dylan’s youtube channel & found this much shorter video where he talks specifically about ear training for interval recognition. Essentially the same as parts of the ‘conversation’ video, but in slightly different words (which is often a good thing when it comes to explanations). I felt it was useful, and once again very IFR compatible. 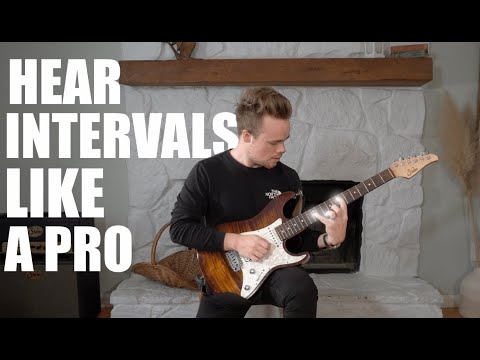 Absolutely, helps to reinforce the message I think.

Just been re-reading the topic I started on Ear Training, some great suggestions there I must reconsider.

What is Ear Training

In the meantime, I’m doing through the StN tracks again, but this time really slowly, stopping the tracks and really trying to think about and articulate what I hear, with a list of “emotion” words to hand to help me. Should be interesting!

What is "Ear Training"?

every “Sing the Numbers” track from the first to the last. Those are not random melodies. Every single melody in that audio course was chosen both for its relevance as an ear training foothold and also for its instructional value as a composing lesson.

This is worth repeating, and

What is "Ear Training"?

And the other essential part of this learning process is to explore the sounds creatively in your own improvising practice.

I don’t think I’ve really explored this aspect enough, something to address.

I’m doing through the StN tracks again, but this time really slowly,

Made a start on this, with Track 13 from StN2. With a piece of paper, listened to whole track noting down each short sequence. Then just sat with the piece of paper, taking each short phrase and thinking about it, how it sounds in my head, with nothing playing. Sort repeating the phrase and thinking about what it is, for example 571, thats a major third/first 2 notes from the chord then a half step up to the perfect 4th. Not really trying to memorise the intervals and names, just letting them swim around while I play the little sequence in my head.

I’m calling this Think the Numbers

I’m calling this Think the Numbers

Think the Numbers. I LOVE it!!