Quick question here. I am playing Sing the Numbers 3, lesson 06, chord 4 and 5D. I thought this would be a good one to practice as many of my tunes (traditional Scottish/Irish) are in the 5th Harmonic Environment, and these two chords come up a lot. I was thinking of playing a drone note underneath as I listen.

This track is in the key of Bb (note 1). Should I drone Bb or should I drone an F note which would be the tonal centre in the 5th environment?

I’ll try both and see how it sounds, but just interested in what others think.

This track is in the key of Bb (note 1). Should I drone Bb or should I drone an F note which would be the tonal centre in the 5th environment?

I’ll try both and see how it sounds

that sounds like the best route, i.e. try it & see what feels right to you in context.

Thanks @DavidW, I tried and both notes Bb and F will fit as a drone, but Bb seems to fit better. I’m wondering if there is something in the track as it was recorded that implies one tonal centre over the other. Any thoughts?

I tried and both notes Bb and F will fit as a drone, but Bb seems to fit better. I’m wondering if there is something in the track as it was recorded that implies one tonal centre over the other. Any thoughts?

I imagine that @ImproviseForReal would probably know most about that?

Yes, probably depends on how the tracks were recorded. Maybe there is a bass player playing the tonal centre, but my ears aren’t keen enough to tell for sure.

Thanks @DavidW for tagging me. Sorry it took me so many days to respond!

@mem, for what you want to study, probably the best resources are the ones in which you clearly feel note 5 as the tonal center. These would be the following:

As David Wright said, this is the situation you want to recreate if it’s what you’re experiencing in the kind of music you want to play.

And in fact, even in lesson 6 from Sing the Numbers 3, we could have used these chords differently to cause your ear to feel note 5 as the tonal center. If we had started the progression in the 5D chord and insisted on this chord very much as our tonal center, we could have caused your ear to feel the 5D chord as “home”, with the 4 chord feeling like a departure from this relaxed state.

But I’m not surprised that you feel this track very differently. By starting in the 4 chord, the feeling of these chords is very different from what I described above. Surprisingly, most people don’t even feel the 4 chord as “home” in this track. What most people feel is exactly what you describe, that despite the 1 chord not being present, we still feel note 1 as our tonal center.

This happens for a couple of reasons. Probably the most important reason is just the weight of our culture. We have all been exposed to so many thousands of songs in which chords 1, 4 and 5D play the roles of relaxation (1 chord), suspension (4 chord) and tension (5D chord), that even when we only hear chords 4 and 5D, we STILL perceive the 4 chord as suspension and the 5D chord as tension, both relative to the mysteriously absent 1 chord.

In other words, the fact that the 1 chord never makes an appearance doesn’t diminish your longing for it. But this isn’t because the bass player or any other musician is playing note 1 in any important way. (That was one hypothesis that @mem asked about.) It’s because of our deep familiarity with chords 1, 4 and 5D, and how these chords are typically used in songs.

But as I said at the outset, you can overpower this cultural prejudice if you make a new chord progression with enough charisma to compel us to feel it in a different way. To feel these two chords the way @mem wants, you just need to insist on that 5D chord as your tonal center and play with enough energy that you don’t give the mind time to start daydreaming about the 1 chord. Actually one of Mireia’s compositions for electric violin and looper pedal does exactly this. It’s called “Sense Connexió” and it uses chords 5D and 4 in the way I’m describing. Here’s a link to it on YouTube: 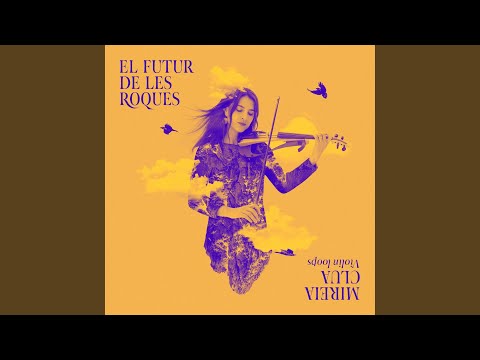 The entire song is just an alternation between chords 5D and 4. I’m sorry we don’t have any IFR Jam Tracks that do the same thing! I wonder if you could make one of your own, @mem, either with your guitar or possibly using software?

Thank you @ImproviseForReal for that explanation.

I know you produce the jam tracks with specific lessons in mind, that’s why I thought the one I mentioned might have been made with an implied tonal centre, but I have been using it with a note 5 drone playing (insisting the tonal centre), it works just fine for my practice.

That track you posted is a great chord 5/chord 4 constrast, I’ll try to use it too to play along with.

And yes, I’ve found iRealPro a useful tool on my phone to produce backing material very quickly and easily, but they can’t beat IFR jam tracks!

Thanks Marie-Elaine! I’m glad you feel that way!