Chords in a different order

I noticed that by rearranging the order of the 7 diatonic chords, they can be played one after the other by just changing the root note of the current chord up by one number each time. I have no idea how useful this is but it is giving “practicing the arpeggios” a new twist for me. Here’s the modified order:

That’s quite an interesting order on its own anyway. The chord tones followed by the non-chord tones.

Here’s a rough Melody Paths chart showing the notes that change. (If anyone has a neater Melody Paths template I’m interested!) 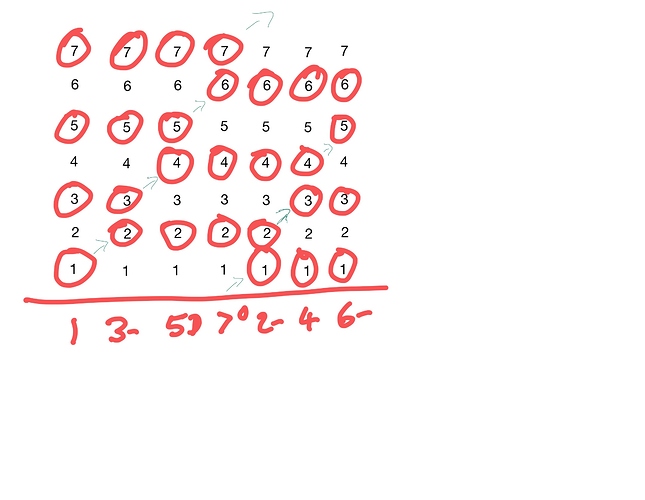 This might be the same thing as Vinny’s brilliant chord wheel of course. Chord Wheel Video

Looks like something interesting to try out, I’m curious to find out how it sounds as a progression.

It doesn’t sound that great to be honest.